On the FastLane Home Page screen, select the Proposals, Awards, and Status button on the blue toolbar (see PI/Co-PI Login) and login as the Principal Investigator. 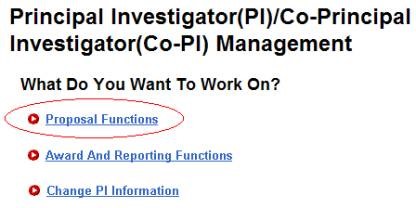 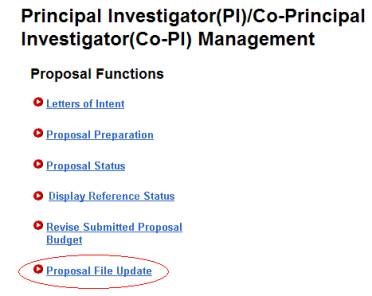 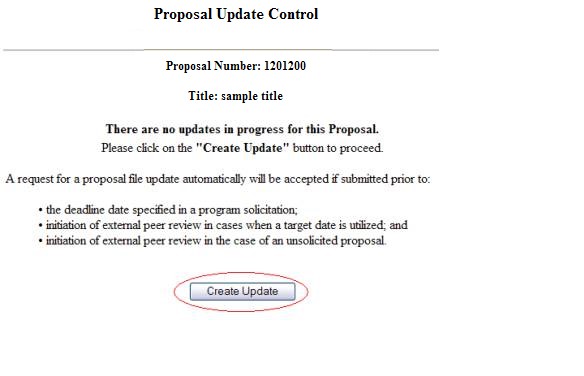 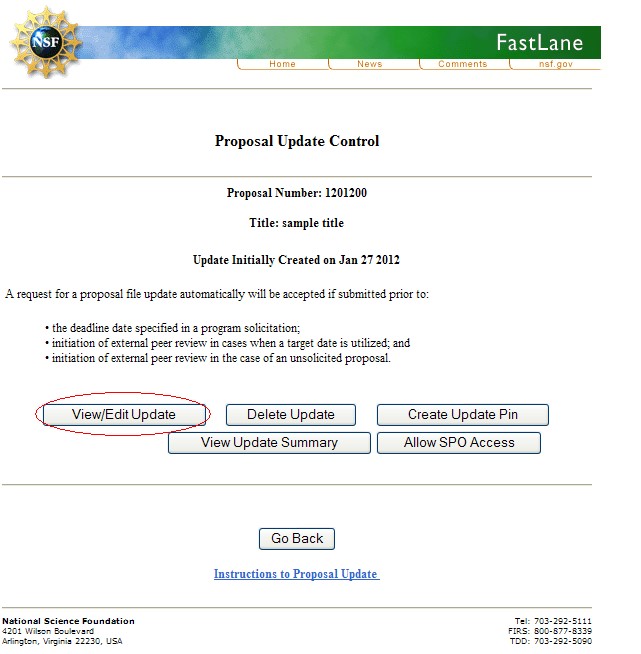 The Proposal Update Form Preparation screen displays. This screen lists all the forms for the proposal; you can update any form. Click the Go button for the form that you want to update. See Prepare Proposal Forms for the instructions for any form. Type or copy and paste text in the text box for the form or upload a new file to replace the old file. See Acceptable Formats for FastLane and Upload a File for instructions. 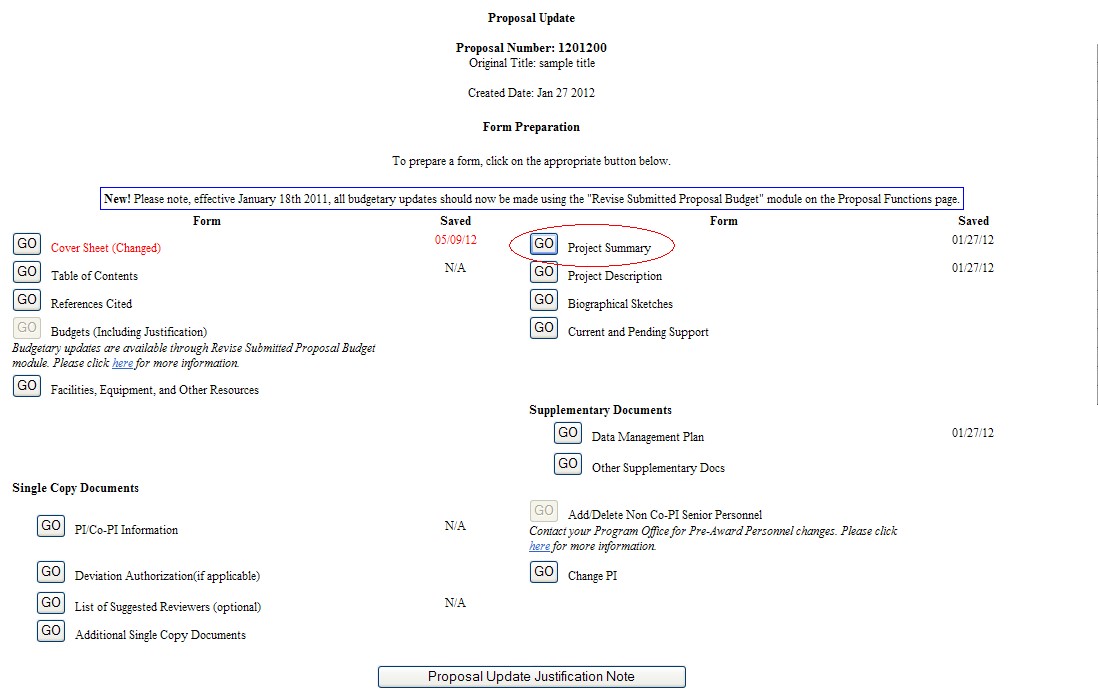 After you have accepted the uploaded form or saved the text in the text box, the Proposal Update Form Preparation screen displays. The updated form (the Project Summary in screenshot above as an example) now displays in red and is marked as Changed with the date of the change. Repeat for any forms you want to replace. 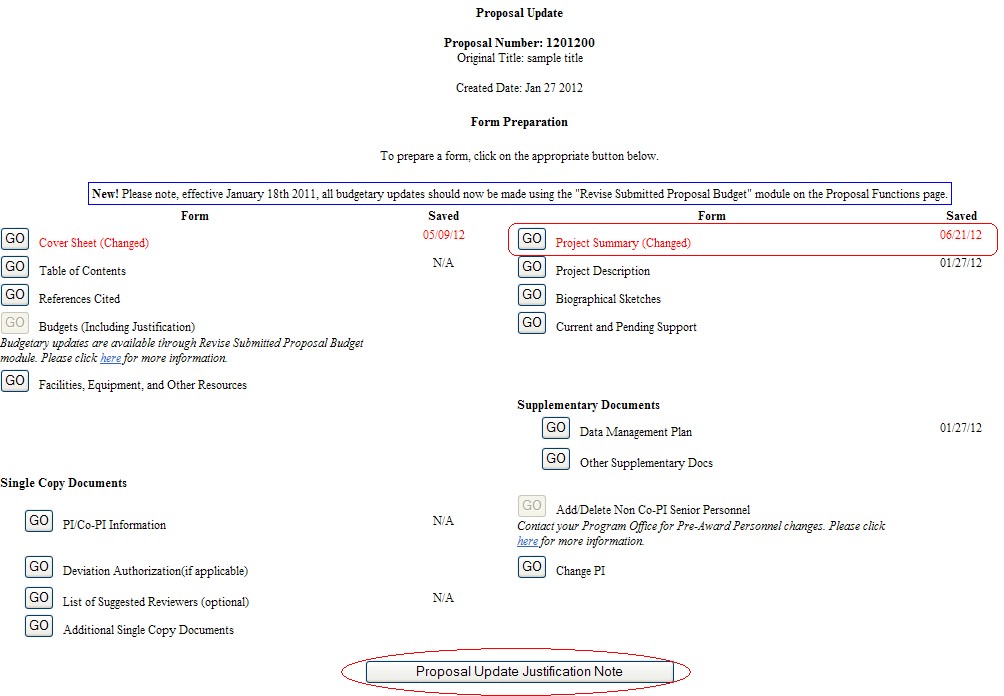 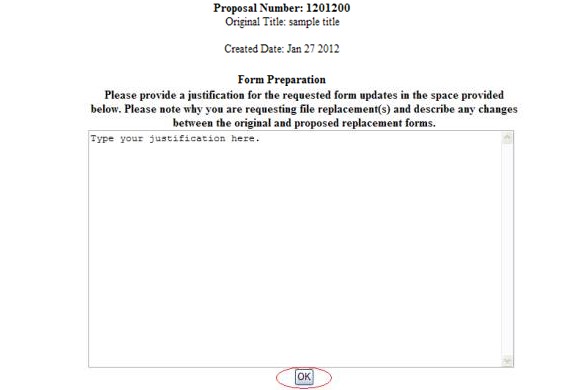 A screen displays with the message that the Justification Note has been saved. Click the OK button.

A screen displays with a message for you to confirm that you want to allow SPO access to the Proposal File Update. Click the OK button. 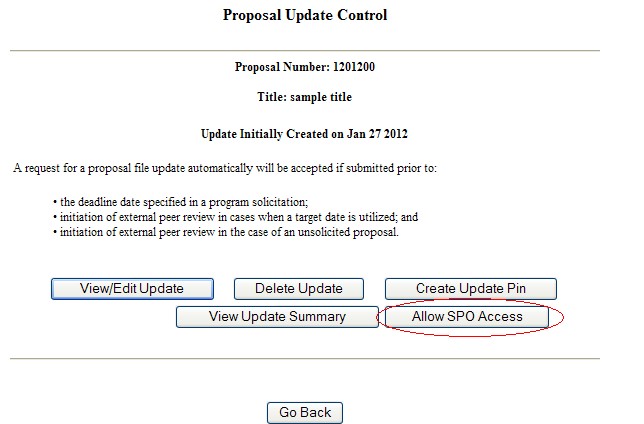 The Access to Proposal File Update Has Been Given to Your SPO screen displays with the message that the SPO has access to the Proposal File Update. The screen also lists the names of people to whom FastLane has sent emails to notify them of the SPO’s access. Click the OK button.

The Proposal Update Control screen displays with the update now listed as a Forwarded Update. 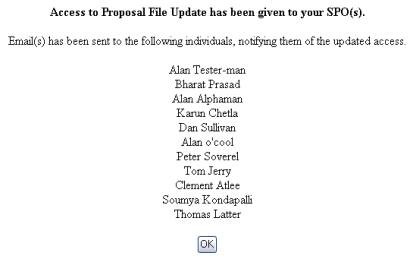 Please note: The SPO must login under “Research Administration” of Fastlane to submit the forwarded update.